You can check out a lot more new content in the game, including new moves. Learning to take advantage of those moves during the games is very important. This guide will break down how to pick & roll and alley-oop in NBA 2K23. 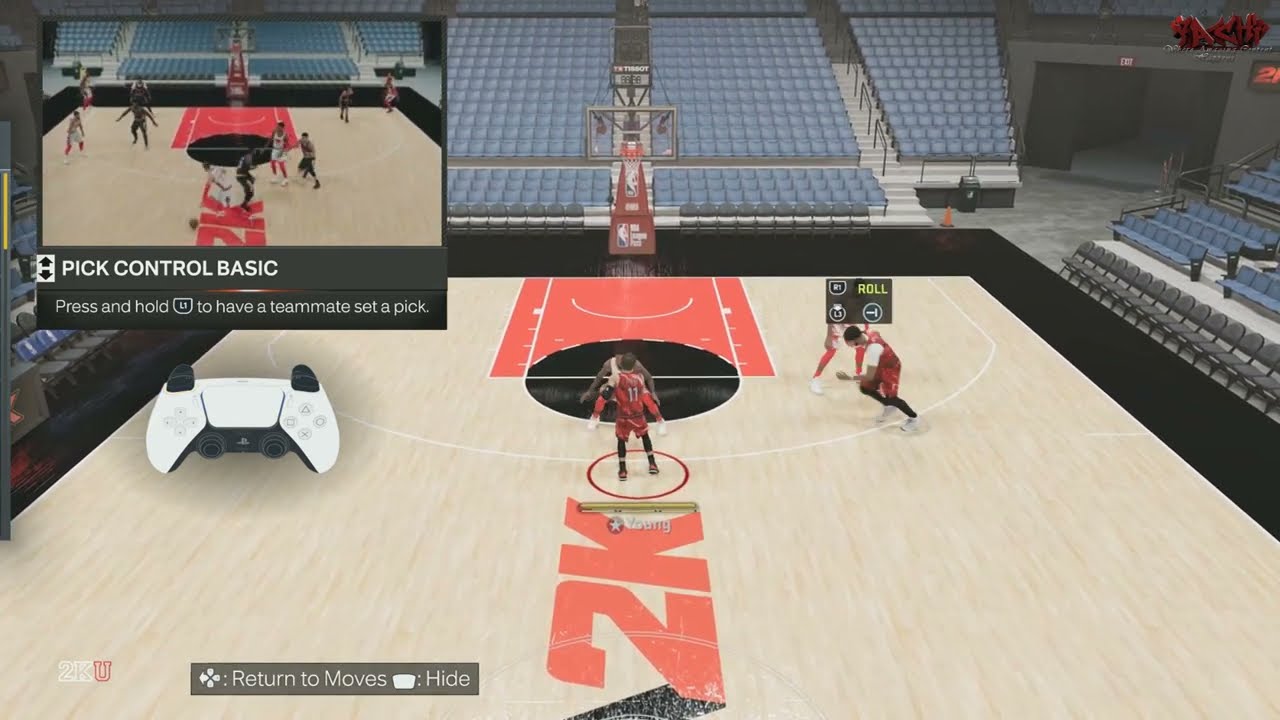 There are four ways you can perform this move, and we will mention all of them and how to do it.

This is the most simple one, and you will need to press down and hold the top-left shoulder button, which is L1 on PlayStation, LB on Xbox, and L on the Nintendo Switch. From there, you could even attempt an alley-oop, depending on the spacing between you and your teammate.

You can perform a basic roll or fade off. To fade, press the top-right shoulder button, which is R1 on PlayStation, RB on Xbox, and R on the Nintendo Switch. This may be best utilized with a strong perimeter shooter; fortunately, there is a way to control who sets the screen.

Press the top-left shoulder button, L1 on PlayStation, LB on Xbox, and L on the Nintendo Switch. Then, press the button that fits with the screener that you want.

4. Slip Screen or an Early Fade

One more tool is having the screener slip or fade early. After calling the pick, tap the top-left shoulder button again before the screener gets hit. You will need to time this right, or it won't be a successful move. 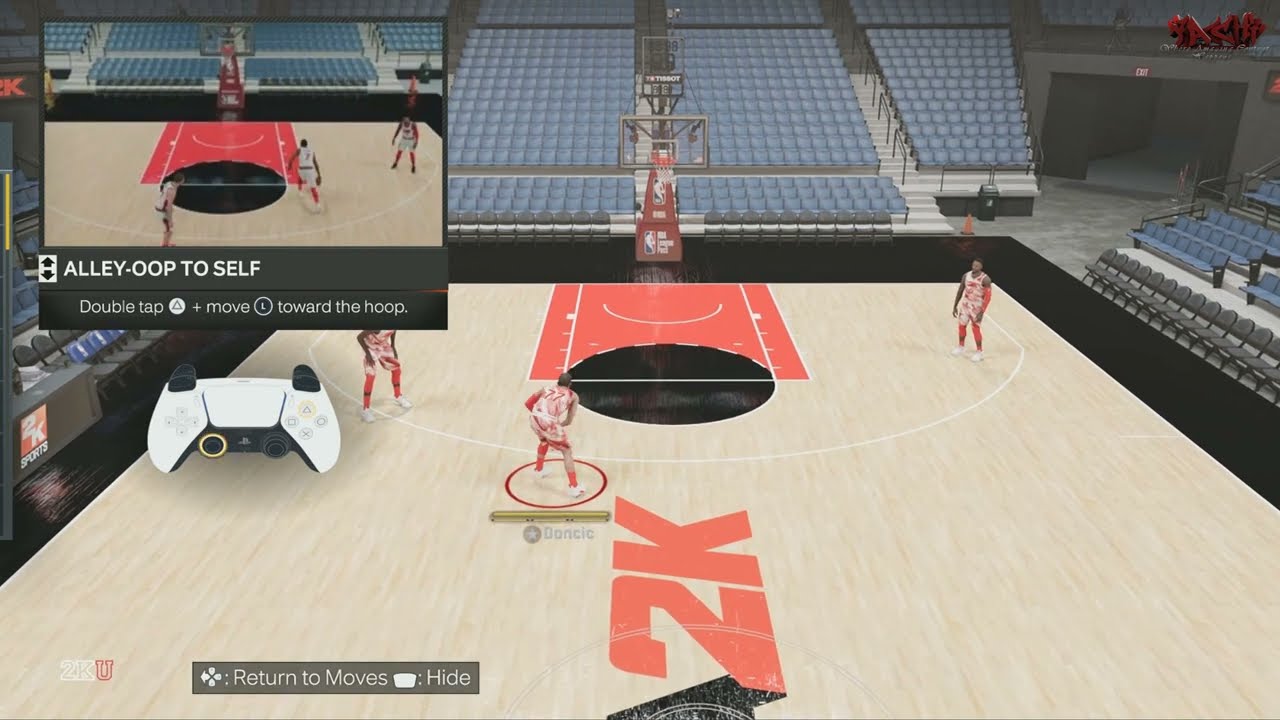 There are three ways you can perform an Alley-Oop in the game, which we will mention here.

1. Alley-Oop to a Teammate

To perform an excellent old-fashioned alley-oop to a teammate, simply double-tap the lob pass button and move the left joystick toward who you wish to receive the ball. That'll be Triangle on PlayStation, Y on Xbox, and X on the Nintendo Switch. However, ensure your intended target(s) are either near or at least moving toward the basket as you attempt an alley-oop.

You can also pass an Alley-Oop to yourself. After double-tapping the lob pass button, you must make your way to the rim. The main difference from the basic move is that you need to have a lot of space here, or the ball will pass to the nearest available player.

To pull it off, the player must hit the pass and bounce pass buttons simultaneously while directing the left joystick to its intended target. The buttons you need to press simultaneously are X + O on PlayStation, A + B on Xbox, and X + A on the Nintendo Switch.

In conclusion, knowing how to pick & roll and alley-oop in NBA 2K23 is interesting because they allow us to develop and have more fun in this game. For more of our NBA 2K23 coverage, including how to buy NBA2K23 MT, Layup, and Challenge Calls, keep your eyes on U4gm.com.